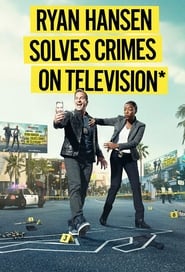 In this series, the LAPD thinks it’s a good idea to form a task force partnering actors with homicide detectives. A super meta half hour comedy, the show within a show within a show is as much about Hollywood as it is an action-comedy procedural. Starring Ryan Hansen and Samira Wiley as his strait-laced partner Detective Jessica Mathers, the series features a who’s who of stars playing bizarro versions of themselves including Joel McHale, Donald Faison, Eric Christian Olsen, Jon Cryer and Kristen Bell.